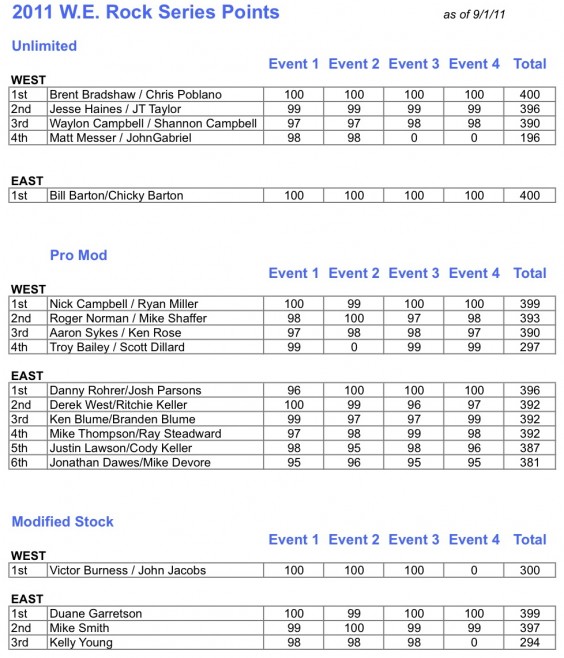 The Eastern National Series Finals will be held in Dayton, TN This Weekend.

The Competition for the Pro Mod Class has the top four all within one point.  The Final round will absolutely determine the series winner, and it can go almost any direction!  Danny Rohrer has had two wins putting him at the top of the points battle right now, but his 5th place finish in round one was at this very location: Dayton.  Right on his tail is Derek West who won the Dayton event, placed second in Hannibal and rolled during the shootout in Attica taking him out of contention for the lead.  Mike Thompson and Ken Blume have been consistantly competing for the other podium spots.

Everything about this weekends event will determine the winner of the series.  As usual, a solid first day gets puts you into a better position for Saturday, but the shootout usually determines the winner.

IN the Unlimited Class; Brent Bradshaw just needs to show up to win the Series, but Jesse Haines is determined to take the event win.

The Series Winners will be awarded at the Grand Nationals at Miller Motorsports Park in September 23-25 ~ An event where the East compete against the West.