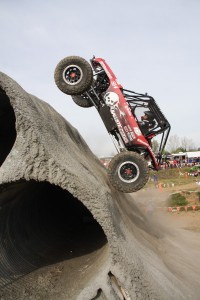 PLACERVILLE, CA    APRIL 2, 2010:   The W.E. Rock Western US National Series Opener in Oroville, CA brought out the best crawlers from around the US and Canada to put on a spectacular show for the family crowd.  “It was the perfect weekend for the season opener, great weather, top competitors and a huge crowd that was into the crawling,” said Rich Klein, promoter for W.E. Rock. “In 2010, our goal was to bring rock crawling to the crowds while maintaining difficult courses.”

A perfectly set day at the Surplus City Urban Assult man made course made for some great round one racing.  The Terminator, a 35ft vertical climb, continued to be a challenge to most competitors, but many more made it over than last year.

In the Pro Modified class, Troy Bailey, the underdog left Saturday in first place, and finished the competition Sunday the winner!   Nicole Johnson had a very consistent weekend, even after launching off the back of the Terminator, and finished in second place.  Craig Thompson finished third.  Shannon Campbell claimed to be horsepower 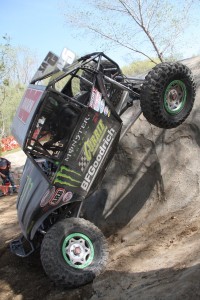 challenged, and had a very difficult weekend, but even so finished the weekend off in fourth.  Aaron Sykes changed to a new car and finished in fifth.

Some of the top stories of the event included Tracy Jordan switching from the Pro Modified class to the Unlimited class and taking first place over Brent Bradshaw.  Matt Messer came in third and Andrew Paulson finished fourth.

In the Mod Stock class, Dan Patterson took first place by one point over Tory Trinka.  Interestingly, The F Toys had betters scores over the Mod Stock class, which is historically opposite.  With John James hanging up his helmet for the season, there will be a new champion this year.  Nathan Unruh ruled the weekends event with a 72 point lead over Chris Mercer.

The next round of competition will be in Tucson, AZ.  In a four-event season, every point counts towards the season championship. 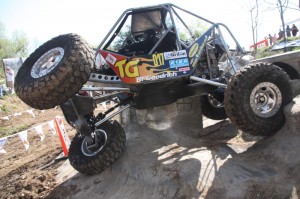