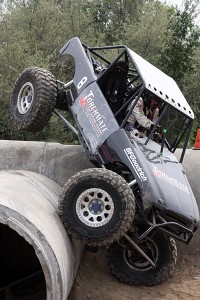 Roger Norman on A-4

#8 Driver Roger Norman with spotter, Lance Clifford catches first win.
Four experienced drivers fought the battle for the number one finish, but Roger seemed to have it in hand from start to finish.

After Day One, Roger was in first position by almost 50 points. Nick Campbell with his spotter, Ryan Miller managed to narrow the gap on Day Two, but without question it was Roger’s weekend.

This was only the second rock crawling event Roger Norman has entered. Although no stranger to motorsports, rock crawling is a different breed of competition.
Rock crawling requires infinite finesse to complete a prescribed course in less than ten minutes.

Roger proved himself the master of the courses in Oroville. 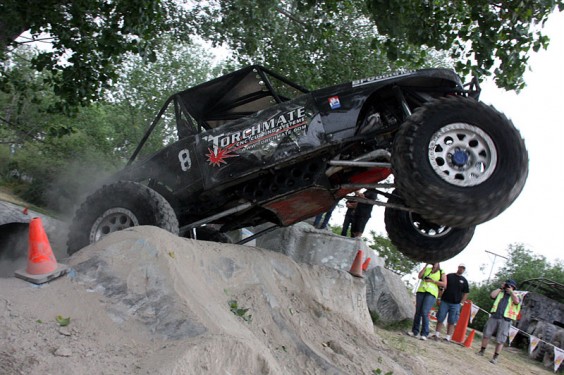