Skip to content
Previous Next
W.E. Rock at Donner Ski Ranch over Father’s Day Weekend Will Include Snow Obstacles 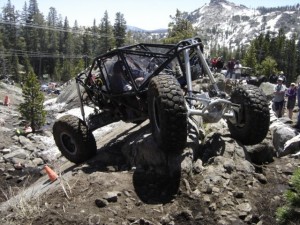 RENO, NV   JUNE 14, 2010:  Rock’n @ the Ranch, the 3rd event of the W.E. Rock Western US National Series, will take place at Donner Ski Ranch in Norden, CA over Father’s Day weekend, June 19th-20th, 2010. The event is set to attract at least 55 teams who will compete on some of the craziest courses this location has ever seen.  To kick off the weekend events, Torchmate will be hosting the Team Meet and Greet BBQ during Tech Inspection at the Torchmate facilities in Reno, NV.

“Donner Ski Ranch is unique because it has some of the most beautiful, natural and very aggressive terrain,” said Rich Klein, W.E. Rock Promoter.  “This event will have longer courses and because of the late winter will also include tabletops and doubles in the snow!”  One of the biggest challenges of the weekend will be a never before used 35 foot vertical climb.

The driver line up for the weekend will boast excellent rock crawlers from over 6 states.  Brent Bradshaw, who has won the last 2 events, will battle with Matt Messer, the local crowd favorite from Northern California, who has always done well at Donner Ranch.  Also competing will be Troy Bailey, who has proved to be a strong competitor at Donner finishing top 3 in every event held at the ranch to date.

Torchmate will be hosting this years Tech Inspection on Friday afternoon from 3:00-7:00pm at their facility in Reno, NV.  Enjoy a BBQ, Show and Shine, Autograph Signing and a Meet and Greet with some of the Top Teams in the Nation.  This is a great place for spectators to come out and enjoy some good food and meet their favorite drivers.

This weekend’s competition will begin at 9am on Saturday June 19th and Sunday June 20th at the Donner Ski Ranch in Norden, CA. W.E. Rock will be offering hayrides to the top of the mountain all weekend so spectators can easily see all of the action. The After Rock Party will be held in the lodge at Donner Ski Ranch on Saturday night after the event and the awards ceremony will take place immediately following the end of events on Sunday. Ice chests and coolers are not allowed in the park, but food, beverage and alcohol vendors, as well as the General Store, will be on site to fulfill those needs.  W.E. Rock is a great family friendly event to bring the kids to and get them interested in rock crawling.