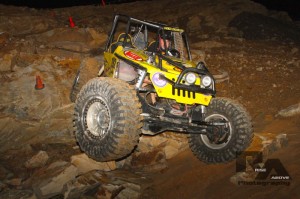 One of the coldest weekends in April at the Kizzar’s Rock Crawling ranch outside of Dayton, TN brought out only the core group of drivers and spectators for the first round of the W.E. Rock professional rock crawling Eastern Series.   “Friday was 28 degrees after factoring in the wind, and Saturday wasn’t much better.  It was miserable, so I can truly call every spectator that came out a Hard Core Rock Crawling Fan!” said Rich Klein, President and founder of W.E. Rock Events. “We really appreciate everyones support in Dayton and will be back in town August 9th and 10th for the final Eastern round!”

In the Pro Modified class, Kenny Blume took an early lead on Friday on the first obstacle; he continued to battle Josh Crowe until the end of the night, establishing an 18-point lead. Kenny ended the event with first place, the same way he began the 2012 season.  Danny Rohrer was the only one of the three to have a 40-point course that put him in third place. 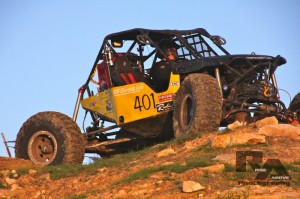 Josh Jordan, from Rhode Island, won the Unlimited class.  Jason Brown fought new car issue all night Friday and was unable to complete all the courses.  He fixed and repaired as needed and was able to compete on Saturday establishing some great scores until the end of his third course when he broke again.

Fifteen year old Cole Milsap competed for the very first time in the Sportsman class behind the wheel of the 22 Unlimited buggy previously owned by Bill and Chicky Barton.  His dad, Brian Milsap, competed right along side him to take the win.  Duane Garretson took second in Sportsman, and first in the Modified Stock class.  Also in the Sportsman Class, Chris Smith and Austin Harrah took fourth now competing in the former Mike Shaffer championship Pro Mod 914 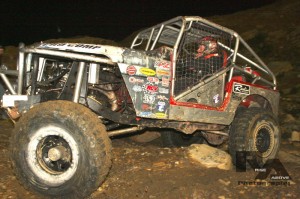 rig.  Fifth place went to Keith Phillips with Duane Garretson spotting.  All of the drivers, with the exception of Duane Garretson, were new to their cars and trying to find their rhythm.

Professional Rock Crawling is one of the most intricate sports in the motorsports arena.  It is technical, mechanical and filled with action.  The rock courses are setup on a wall where spectators can bring their chairs and see multiple courses running at the same time.  The two-day format includes four courses of competition on Friday night and another four courses on Saturday night, with a final shootout on Saturday night, which usually determines the final finishing positions!  The winner is determined by the driver that has the least amount of points at the end of the weekend, similar to golf. The next Eastern Series Rock Crawl will be at the Badlands Off Road park in Attica Indiana as part of their UMC event that also includes an Ultra4 race and TREC race, June 29th and 30th.  The next Eastern Series event in Dayton will be August 9th and 10th. 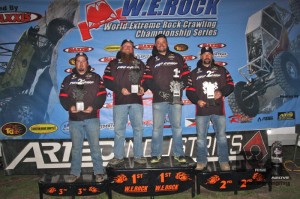 Results from the weekend!  Congratulations to Josh Jordan, Kenny Blume, Brian Milsap and Duane Garretson on their wins! 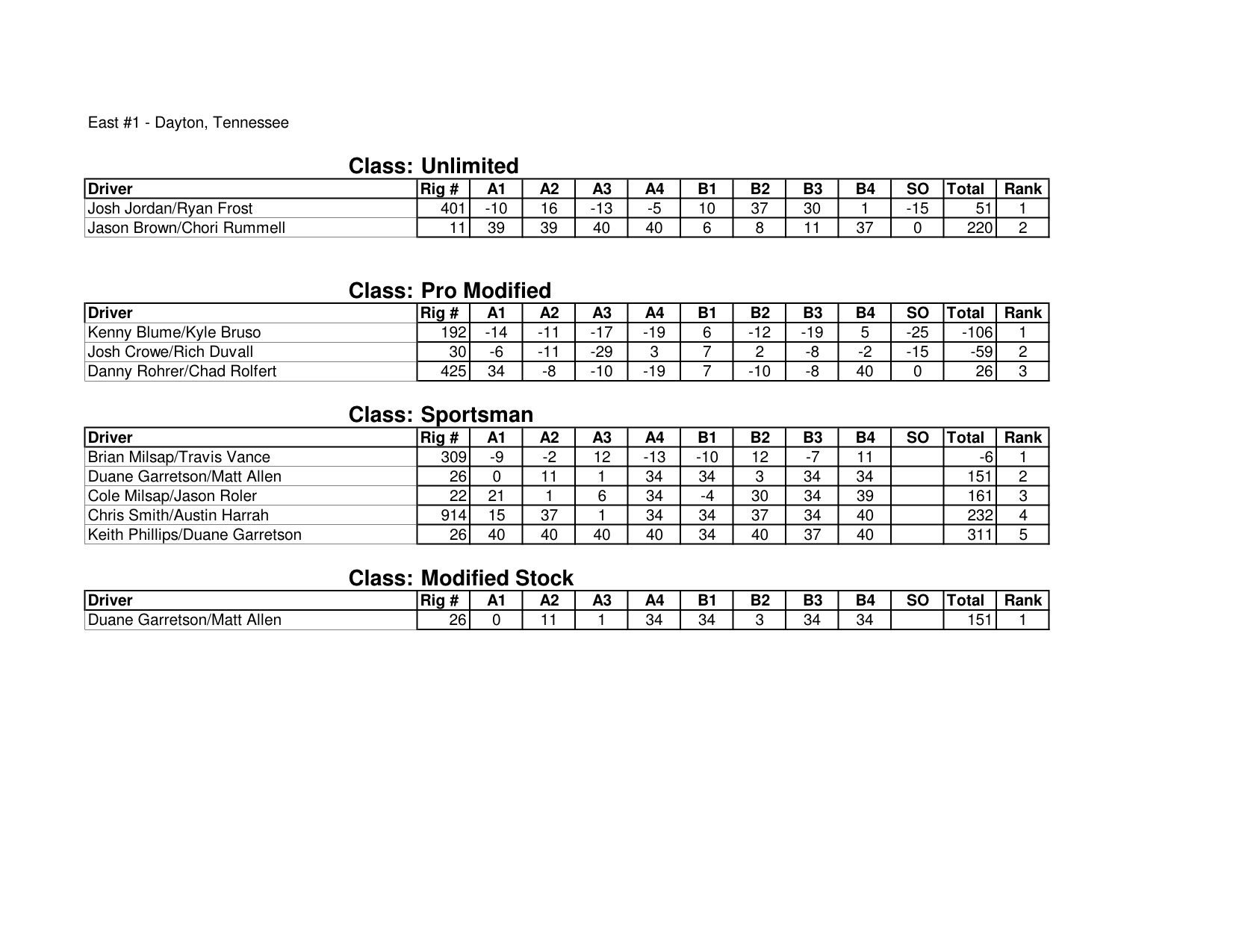 We are very excited to be back in Dayton, TN for two rounds of the Eastern Pro Rock Crawling Series.  This will be the first round of the series. 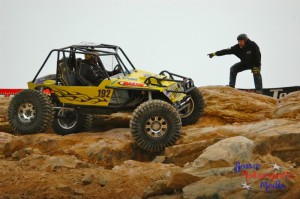 PLACERVILLE, CA   APRIL 17, 2013:  This weekend brings Professional Rock Crawling back to the most well known 4×4 rock crawling wall in the Eastern Series: just outside Dayton Tennessee at 35 Pitts Gap Road, Graysville, TN. The event is very spectator and family friendly with the professional drivers available to sign autographs and throw gifts into the crowd in midst of the competition.  “We love coming to Dayton to kick off the Eastern Pro Rock Crawling Series, the crowd here is amazing and a ton of fun,” said Rich Klein, President and founder of W.E. Rock Events. “We really appreciate everyone that comes out to cheer on the competitors.  They work hard all year to put on a show, and they really bring the show to Dayton!”

The current commercial about the event is available to enjoy and share at http://youtu.be/fNcoIa6xcUk 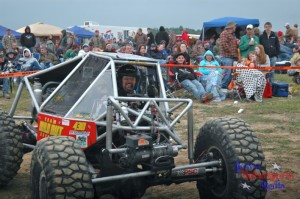 There are over a dozen drivers already committed to coming to compete, some driving over 14 hours to be part of this professional series.  Names that are familiar include Unlimited Drivers 2012 Series Winner Carl Shortridge and father son team of Bill and Chicky Barton; Pro Mod Drivers include last years series winner Kenny Blume along with long time competitors and crowd pleasers Josh Crowe and Danny Rohrer.  Additional drivers that are scheduled to compete include Duane Garretson, Chris Smith, Mikkel Martin and others.  There is a stock class that any local drivers are welcome to compete in.

Local 4×4 participants are encouraged to participate in the Sportsman Class and join us in two nights of competition and fun.  For registration information go to https://www.werocklive.com/2013-registration-form.   W.E. Rock is a Professional Rock Crawling series composed of 2 series of 3 events each that crisscross the country.

Spectators are encouraged to come and enjoy both nights of entertainment with gates opening at 6pm and the action starting at 7pm until late night.  The awards ceremony immediately follows the final Shootout on Saturday night. Admission is $25 for a two day pass, $15 for adults, $5 for ages 8-15 with a parent, $10 for ages 8-15 without a parent, children 7 and under free and Military with ID get $5 off.   You can pre-purchase tickets at https://www.werocklive.com/events/w-e-rock-east-round-1.

There are vendors, food and amenities on site, and we encourage you to bring chairs and shade structures. There is camping available onsite.