Always a driver and spectator favorite…this weekend was no different!

A Driver and Spectator Favorite, W.E. Rock is coming back to Dayton, TN to finish off the Nitro Gear & Axle Eastern Professional Rock Crawling Series.  The series winners will be crowed after Saturday night’s competition and the drivers will load up for their next stop in Cedar City, UT for the Grand Nationals September 13th – 14th. 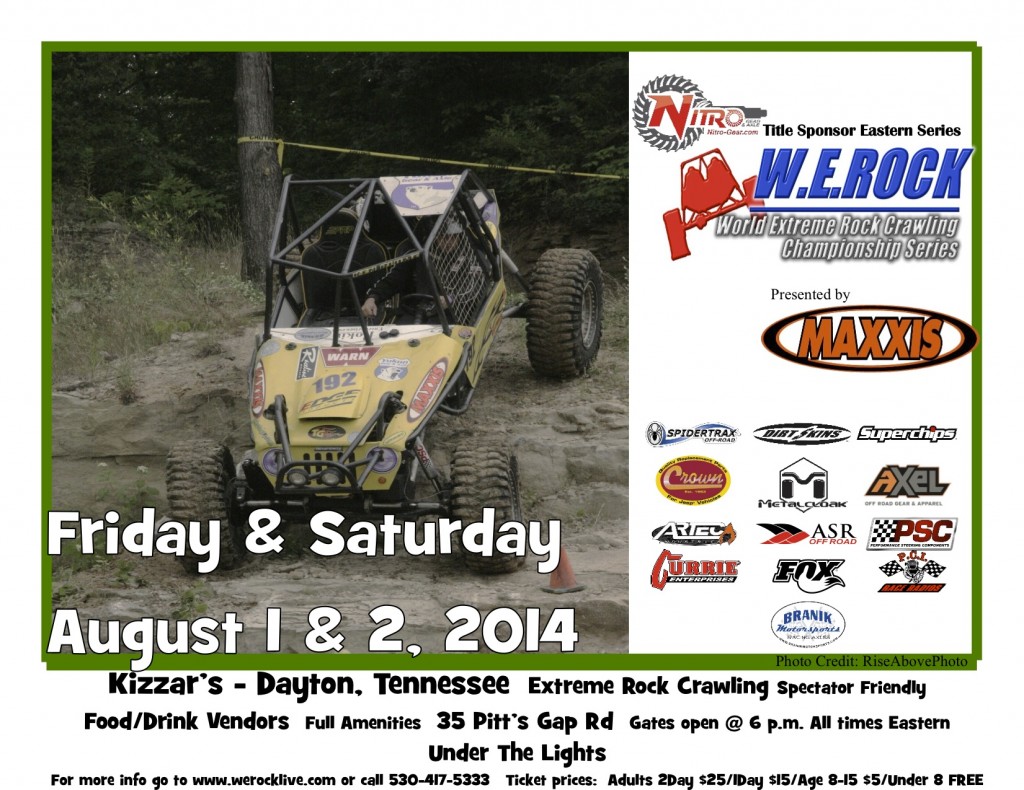 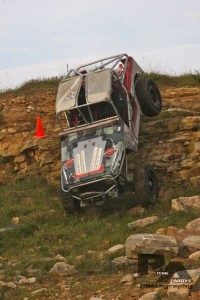 PLACERVILLE, CA   JULY 31, 2014:  The final round of the Nitro Gear & Axle W.E. Rock Eastern Professional Rock Crawling Series comes to Dayton, TN this weekend completing their 14th year of regular season competition. The event is very spectator and family friendly with the professional drivers available to sign autographs and throw gifts into the crowd in midst of the competition.  “We really enjoy coming to Dayton and putting on rock crawling events.  This year Josh, our course designer, has pulled out some magic finding new lines on the well used terrain and a whole new course area for the stock and sportsman classes,” said Rich Klein, President and founder of W.E. Rock Events. “The weather looks to be perfect for two nights of rock crawling with mountain temperatures comfortably in the 70’s.  We have heard about lots of spectators coming out to enjoy and we are looking forward to hosting another great show!” 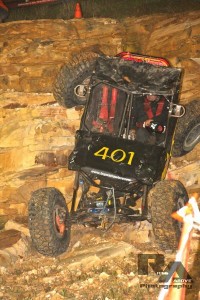 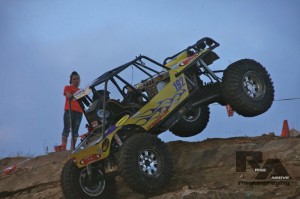 There are over a dozen drivers already committed to coming to compete, some driving over 14 hours to be part of this professional series.  Local 4×4 offroaders are encouraged to participate in the Sportsman Class and join us in two nights of competition and fun.  Vehicles must have doors, roof, 4 point harnesses, 2 fire extinguishers and competitors must wear DOT helmets.  Enter online https://www.werocklive.com/2014/w-e-rock-eastern-series-dayton-tn or onsite.

Spectators are encouraged to come and enjoy both nights of entertainment with gates opening at 6pm Eastern Time and the action starting at 7pm until late night.  The awards ceremony immediately follows the final Shootout on Saturday night. Admission is $25 for a two day pass, $15 for adults, $5 for ages 8-15 with a parent, $10 for ages 8-15 without a parent, children 7 and under free and Military with ID get $5 off.   You can pre-purchase tickets at https://www.werocklive.com/events/rock-eastern-series-round-3. 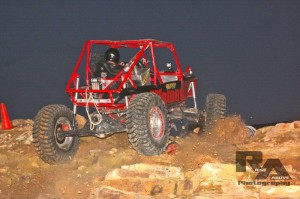 There are vendors, food and amenities on site, and we encourage you to bring chairs and shade structures. There is camping available onsite.  After the event we will have the results, pictures and stories posted at https://www.werocklive.com/2013/w-e-rock-eastern-3-dayton-tn for the W.E. Rock Rock Crawl.