Hannibal, Missouri, right on the muddy Mississippi, home to Samuel Clemens, Tom Sawyer, Huck Finn and the Hannibal Rocks Quarry, the site of the 2nd Eastern WE Rock event.  For the first time, WE Rock combined with RRock to bring two days of competition and drivers to America’s Hometown.

The weather was beautiful and the competition hot in the Pro Mod class.  The top four places changed continually throughout the two days of competition.  On Day One, RRock completed their competition and awarded the first place trophy to Branden and Ken Blume, by Day 2, Danny Rohrer and Chad Rolfert had moved in to the top spot to claim the WE Rock trophy.  Josh Crowe and Josh Patt returned to competition with stalwart Justin Lawson rounding out the field.

W.E. Rock would like to thank the following for a great event:  Tom and Debbie Wombles; the RRock Mafia for judging, Gary at Rumors for the pre and post party, Creighton King at Maxxis Tires, announcer Jake Good, Tom Campbell from Racers and Rockcrawlers for Christ.  A big thanks to the New London Volunteer Fire Department.

Pictures from the Weekend: 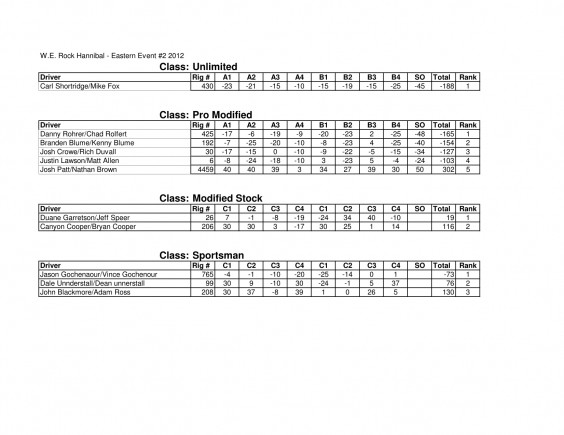 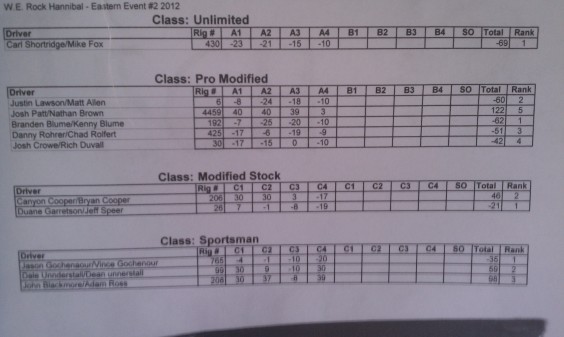 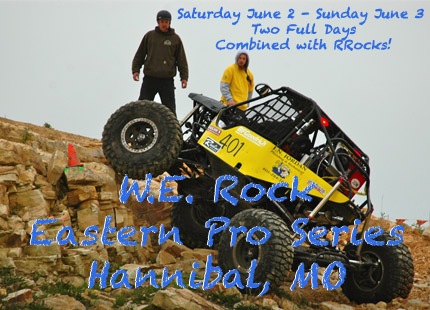 This event is the second event in the W.E. Rock Eastern Pro Rock Crawling Series!  The natural terrain of this location is one of the favorites for the Pro Competitors.  Be sure to join us on Friday in town to meet the drivers and then two days of competition on Saturday and Sunday for the most extreme Rock Crawling you have ever seen!  Bring a lawn chair and plan on hanging out!

This event is also special because it combines another rock crawling series – RRock – with the W.E. Rock competitors.  Competitors can enter either or both series.

Did you know that YOU CAN COMPETE ALSO?  There is a STOCK Class that you can enter.  $100 entry fee for trophy and bragging rights!  Just need to have two fire extinguisher, a seatbelt harness, a solid roof and a helmet!

Come back during the event to this link for the results and pictures!! 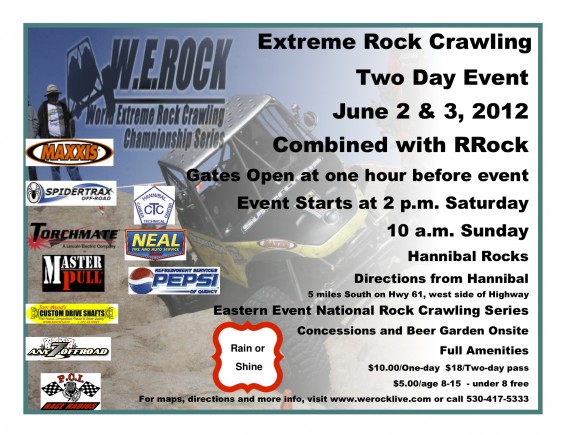