Skip to content
Previous Next
W.E. Rock Eastern US National Rocks Through the Night 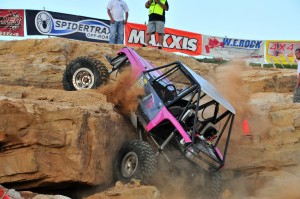 PLACERVILLE, CA   JUNE 30, 2010: Dayton Tennessee’s Mountain Extreme Park hosted the 2nd W.E. Rock Eastern US National Event. Even though the weather tried to put a damper on the night event, drivers and spectators didn’t leave until the final course was complete.

“There were probably more spectators at this event than at any other W.E. Rock event to date,” stated Rich Klein, race promoter.  “When the rain started pouring on Saturday night and the spectators disappeared we thought we had seen the last of them, but as the rain lifted and the events continued, they all returned until it was completely over, which was about 3am with the delay.  It was awesome!”

Tech was held on Friday, followed by the drivers meeting, and the immediate kick-off to a great night of competition.  On Saturday, the gates opened at noon and spectators filed in for the 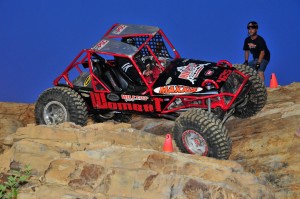 tailgate party and BBQ cook-off which turned into some wild contests and ended with a full night of extreme competition.

In the Pro Mod Class, Mike Cole took his first ever W.E. Rock win and cleaned house by almost 60 points!  The other driver to watch was Danny Rohrer who rolled his rig on the first course Friday, but still managed to work his way into the first position by the end of the night.  Saturday night, Rohrer mimicked his start by rolling on the first course, but this time he would never actually complete one course. With his exceptional scores on Friday, he still managed to finish 4th in the class.  Ken Blume placed second and Mike Thompson took third.

The Unlimited class winner Carl Shortridge took the podium after a wild shootout on Saturday night that went early into the morning hours.  Brian Milsap was inches away from a victory, he 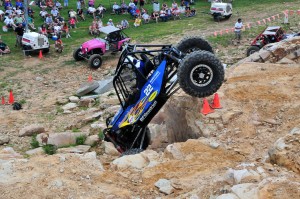 had 2nd place clinched and was within reach of taking the win, when he rolled his crawler towards the end of the shootout course, which put him into third.  Bill Barton took the second place spot, and son Chicky Barton came in fourth.

Jake Good of Rubber Belly Racing took first place in the Modified Stock class.  For the past three years Kurt Shramovich has dominated this class and has now taken 2nd place in the last two events.  “Rubber Belly Racing started with a local series, but now that they are competing with W.E. Rock they are doing great.  We like watching the local ‘Joes’ switch over to compete against the ‘Pros’ and show that they are just as good,” commented Klein about the great competition.

David Wine had some exceptional scores in the F-Toy class completing all the courses with a -34 for the weekend, with Marc Zaboth in second.

The next Eastern National event will be held in Hannibal, MO, on July 24th and 25th, 2010.  The Western US Nationals will wrap up at the end of July at a night event in Salt Lake City, UT at the Miller Motorsports Park where they are expecting another great crowd turnout. 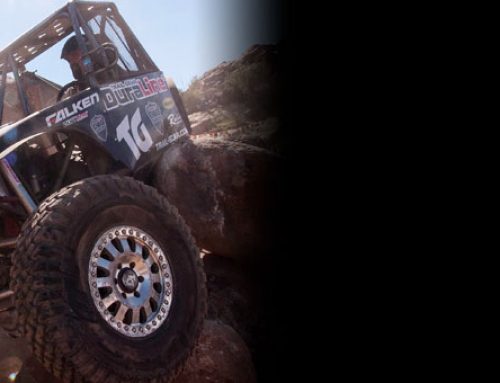