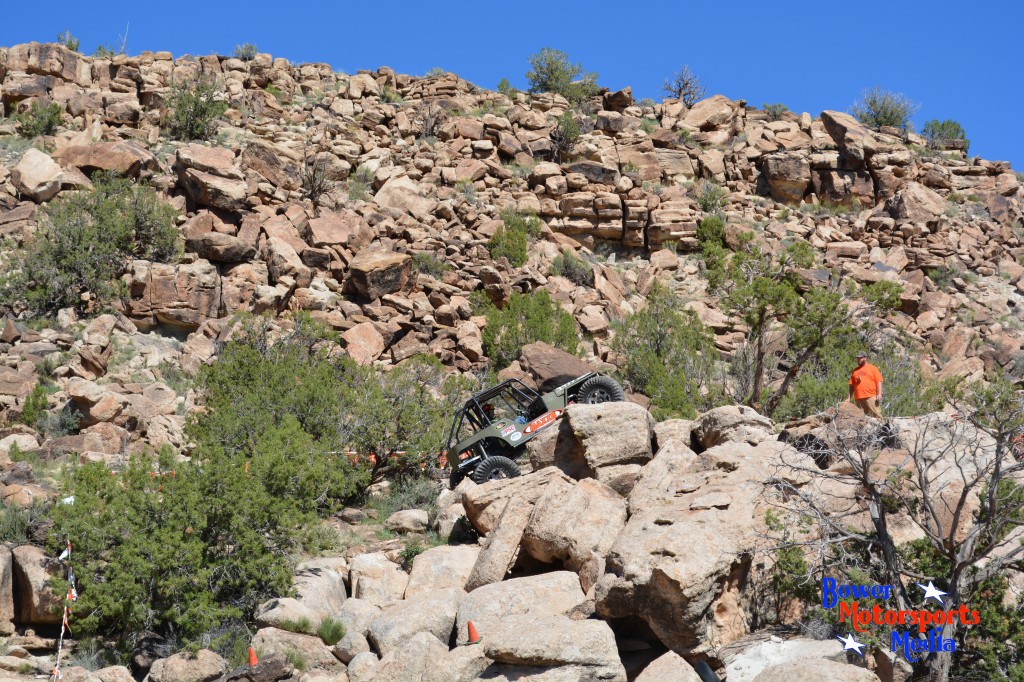 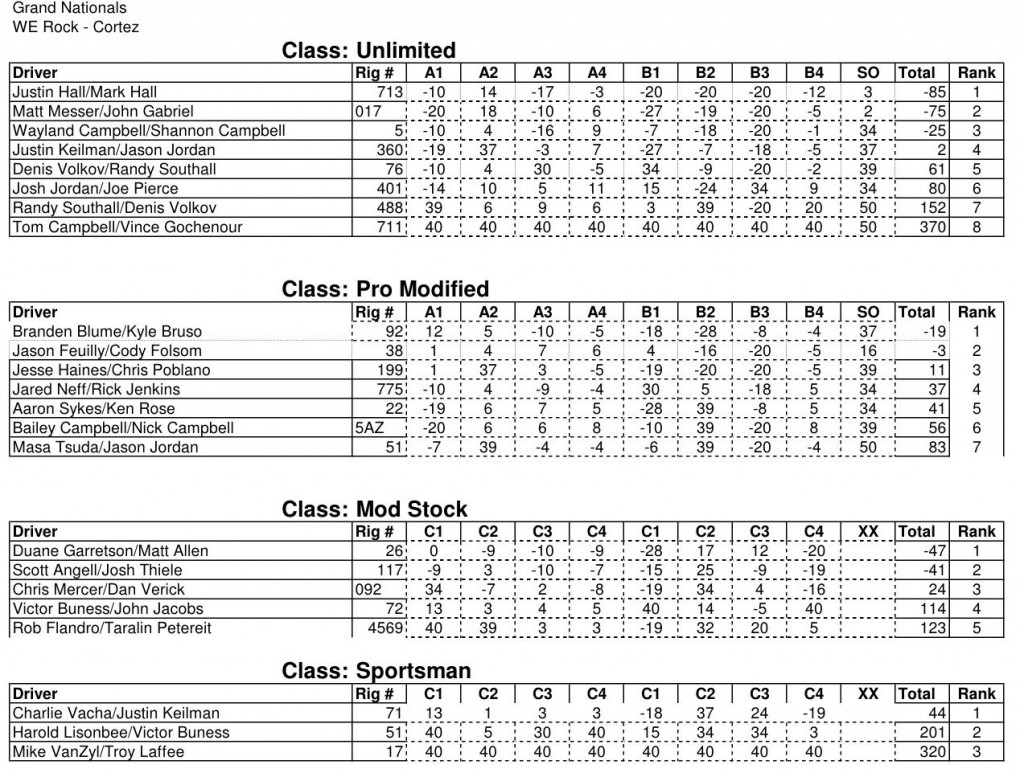 Hundreds of Pictures Will be Posted… Please Keep Checking Back!

Great Day 1 at the W.E. Rock Grand Nationals in Cortez, Colorado – Tomorrow the action starts at 10am with four more courses and a shootout! 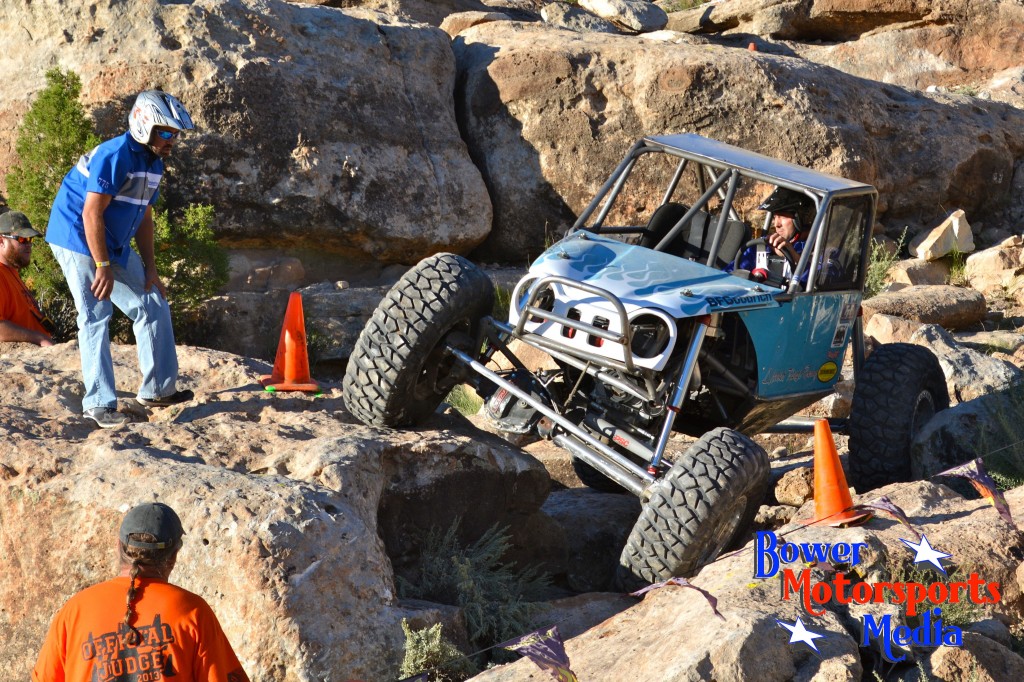 When the East drivers meet the West drivers at the Grand Nationals, not only is it the largest event of the year, but the competition is tense as the groups compete to earn their titles for the year. 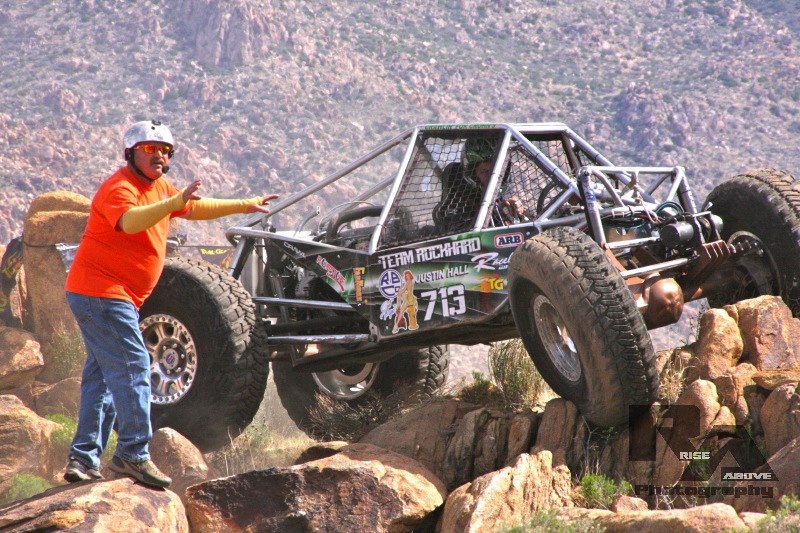 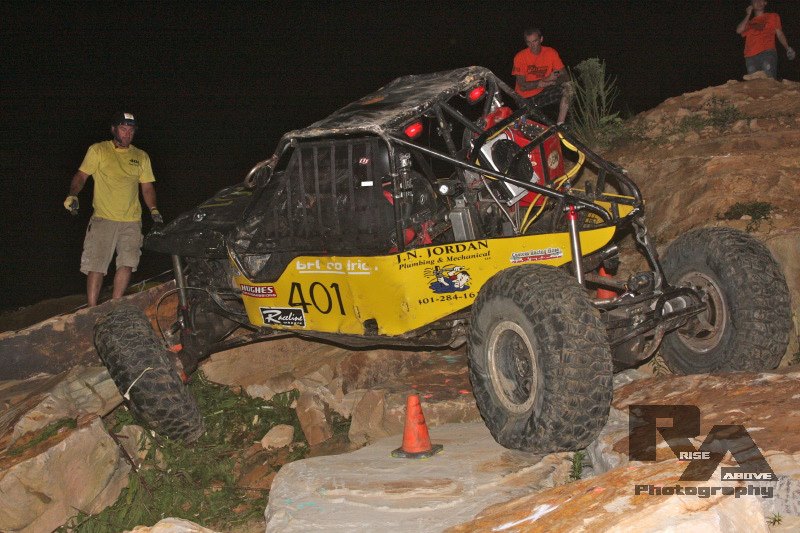 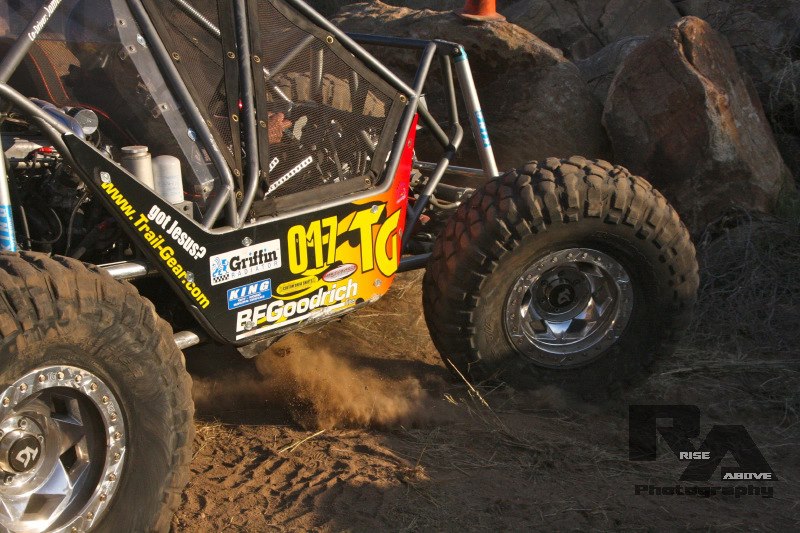 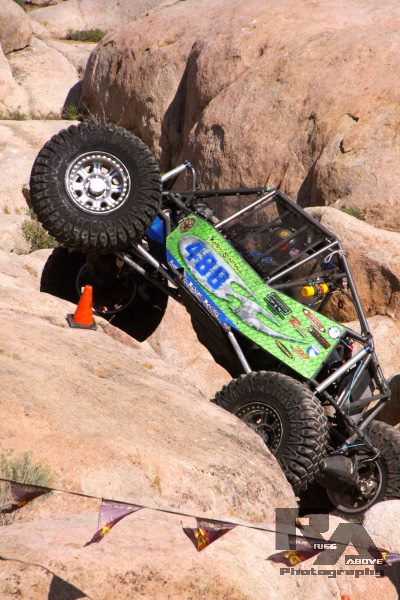 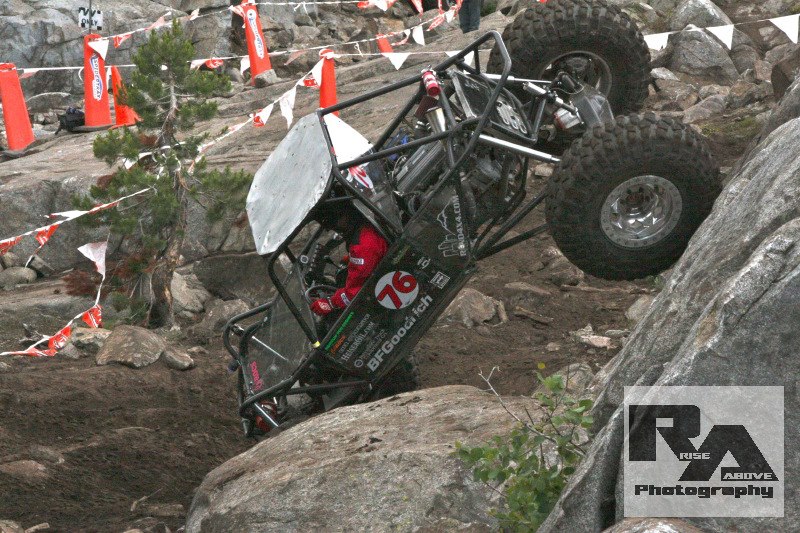 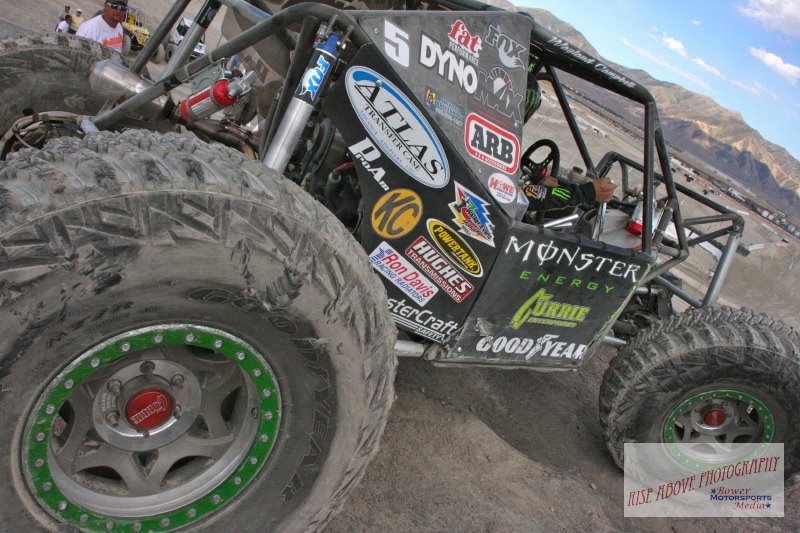 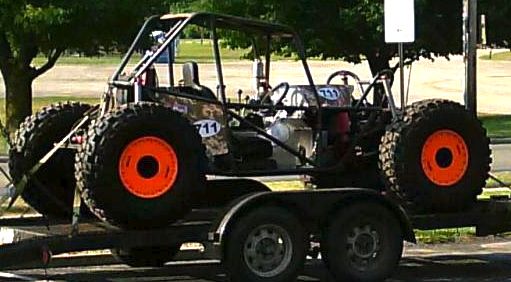 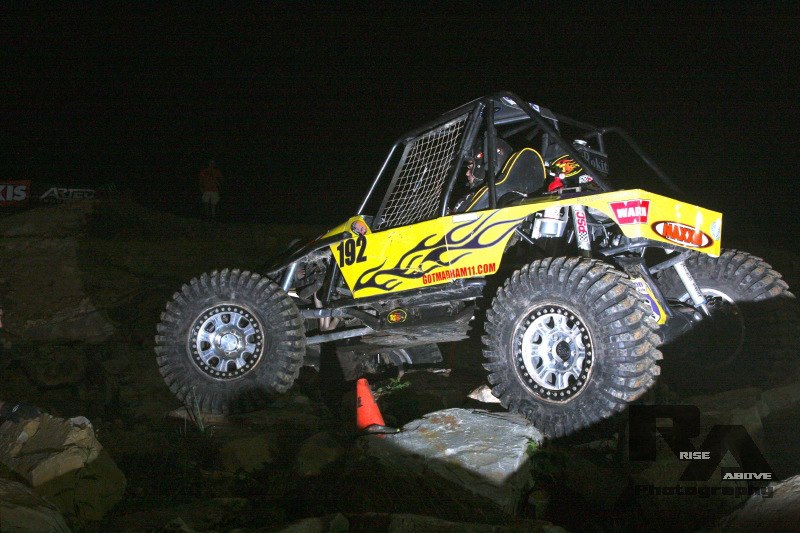 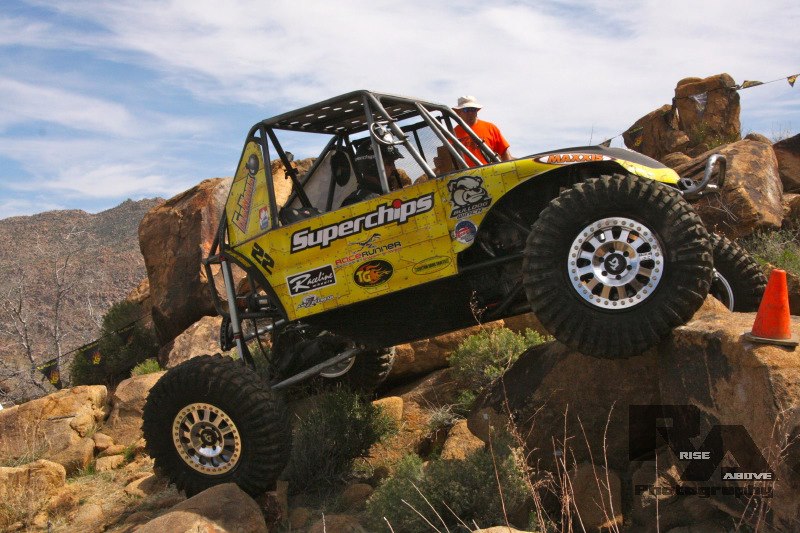 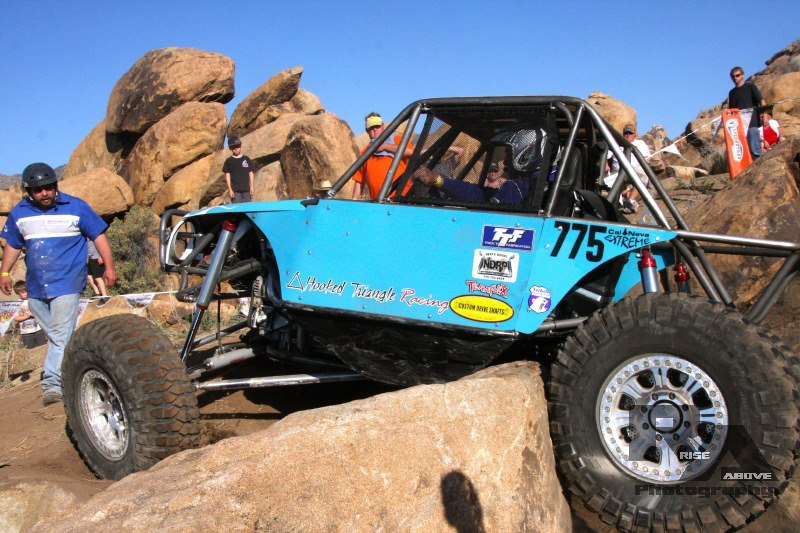 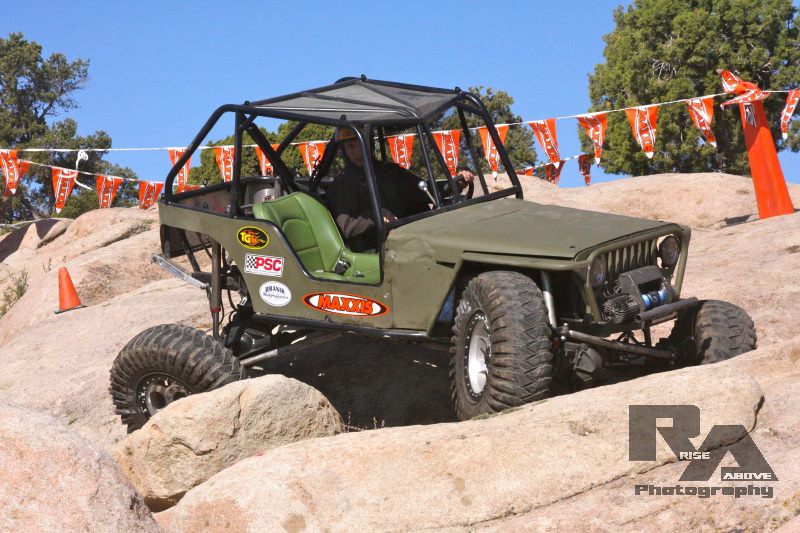 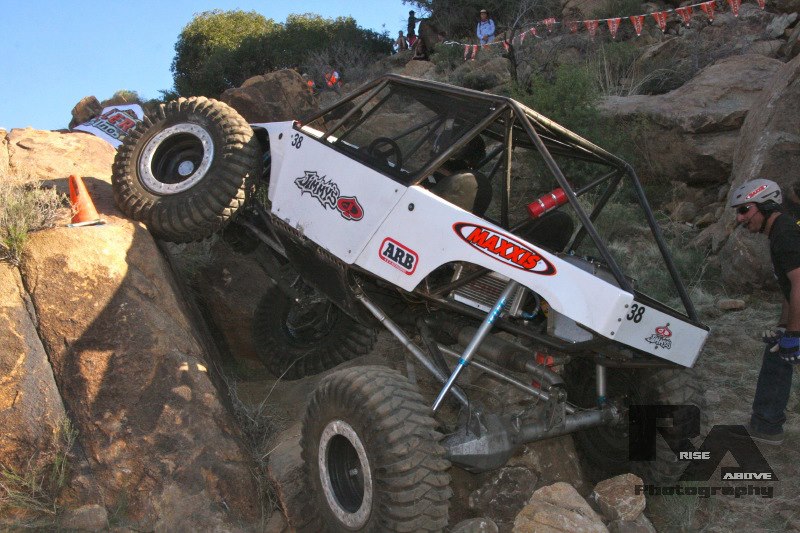 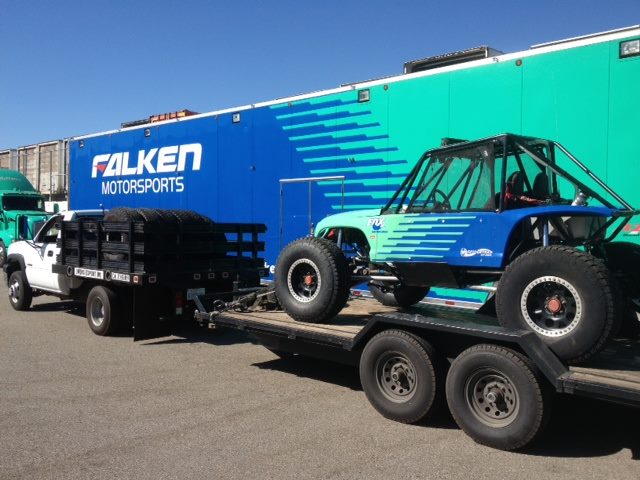 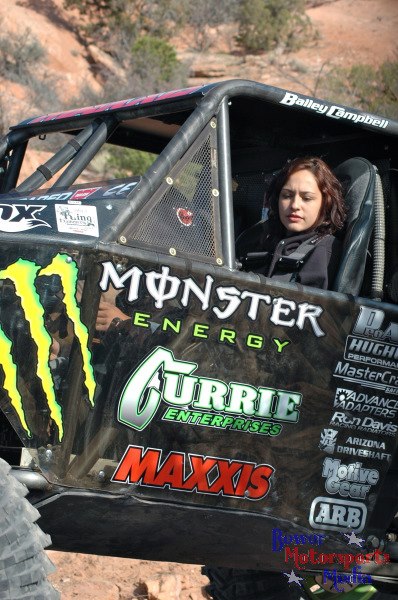 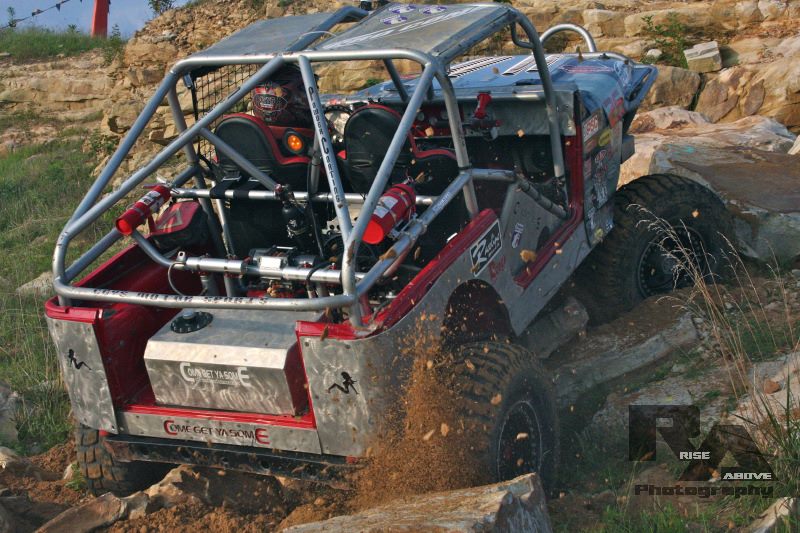 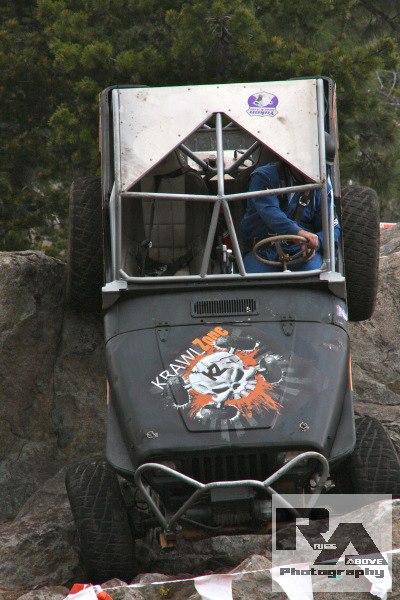 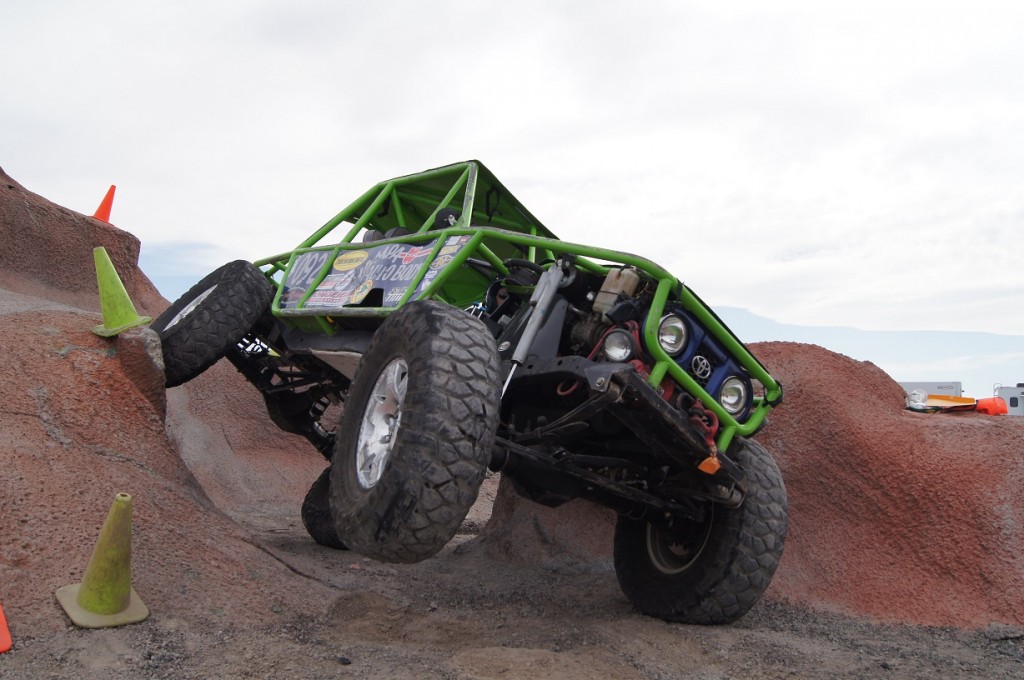 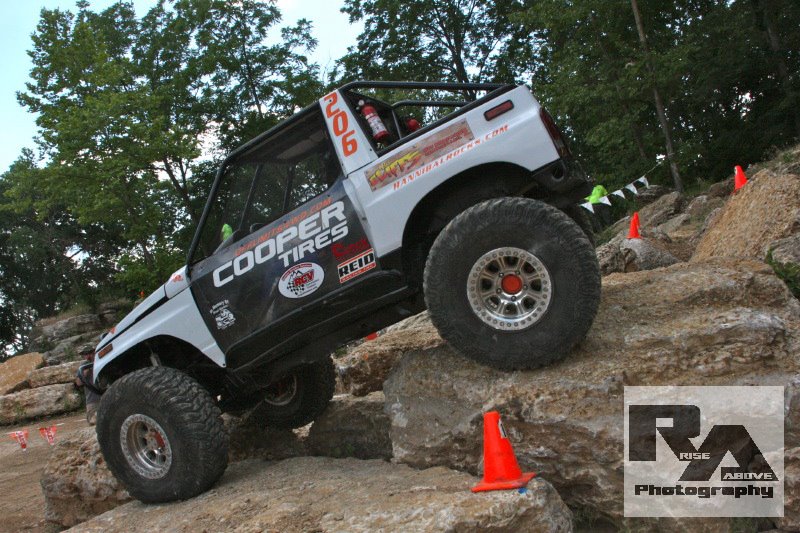 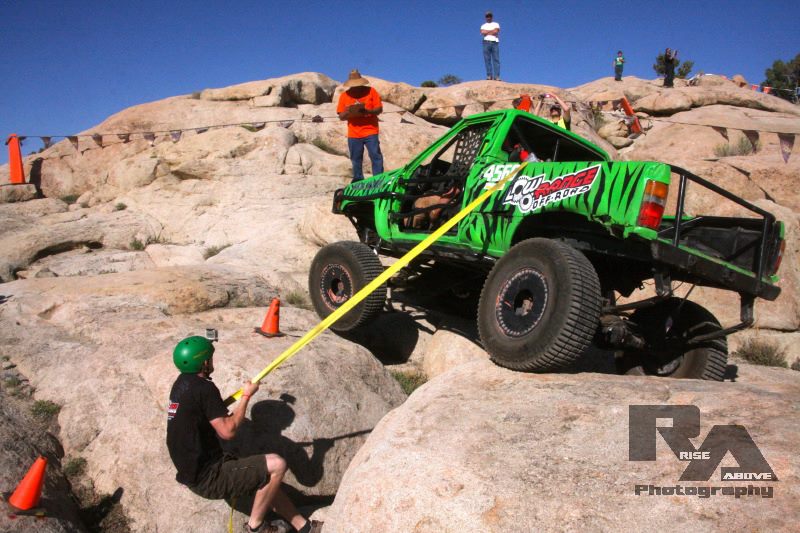 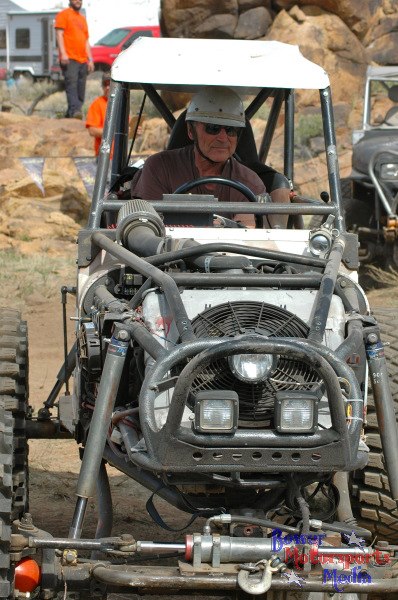 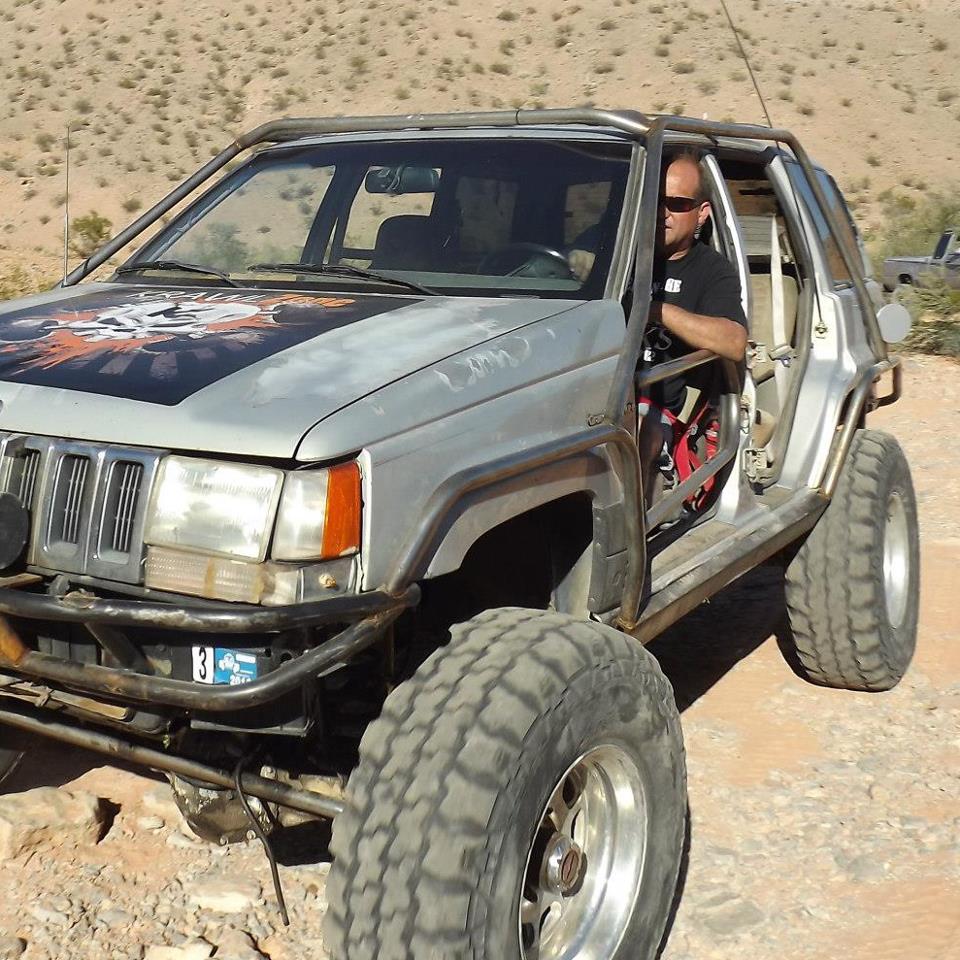 ANYONE IS WELCOME TO COMPETE, with minimal Safety Requirements including a roof, doors, 4-point harnesses, a DOT helmet and two fire extinguishers. 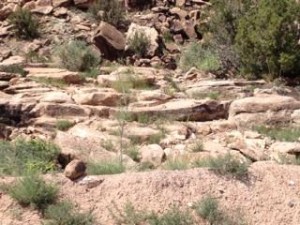 The Grand Nationals is the final event of the 2013 Professional Rock Crawling season where the East Coast drivers meet the West Coast drivers in a final shootout where only one will leave with the National Title. WERock PSC Grand Nationals will be a Saturday and Sunday event on September 28-29 in Cortez, CO; a few miles down from the recent Dirt Riot location and only minutes from Jimmy’s 4×4.  “Each year we move the location between the East and West in consideration of the drivers, and this year it is a West Coast event.  We chose the Cortez, Colorado location for its natural terrain and difficulty,” said Rich Klein, President and founder of W.E. Rock Events.  “These are the top drivers from across the country and they will be putting everything on the line for this title, creating guaranteed action for spectators.” 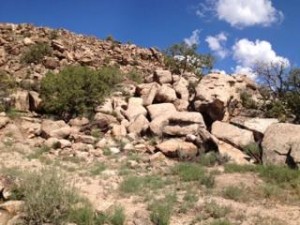 Rock crawling starts at 2pm on Saturday through early evening, and at 10am Sunday through mid-afternoon.  Professional Rock Crawling is one of the most intricate sports in the motorsports arena.  It is technical, mechanical and filled with action.  The rock courses are setup in an area where spectators can bring their chairs and be able to see multiple courses running at the same time.  The two-day format includes 4 courses of competition on Saturday and another 4 courses on Sunday, with a final shootout on Sunday afternoon which usually determines the final finishing positions!  The winner will be determined by the driver that has the least amount of points at the end of the weekend, similar to golf. 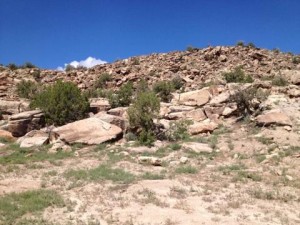 Mod Stock East Coast Champion Duane Garretson will compete against West Coast Champion Victor Buness along with Chris Mercer and Scott Angell.  Local 4×4 participants are encouraged to participate in the Sportsman Class and join already registered and Charlie Vacha and Rob Flandro.  There are minimal safety requirements including a roof, doors, 4-point harnesses, a DOT helmet and two fire extinguishers.

Anyone is welcome to compete in the Unlimited, Pro Mod, Modified Stock and Sportsman Classes.  More information can be found at https://www.werocklive.com/events/w-e-rock-grand-nationals.

Spectators are welcomed to enjoy either or both days. Rate $25.00 Two Day Pass, $15.00 Adult, Rate $5 Ages 8-15, Children 7 and under free , Military with ID $5 off.  Tickets can be bought online at https://www.werocklive.com/events/w-e-rock-grand-nationals.

There are vendors, food and amenities on site, and we encourage you to bring chairs and shade structures. There is camping available onsite for competitors and nearby for spectators.  For additional details go to https://www.werocklive.com/events/w-e-rock-grand-nationals.

After the event we will have the results, pictures and stories posted HERE!!

PSC Motorsports is proud to be back involved with W.E.ROCK and the sponsorship of the Rock Crawling Grand Nationals. PSC Motorsports has a history of being involved with this sport from the day we opened our doors and for us as a company, Rock Crawling is where it all began.  For the most part, our whole off road product line has lineage that has evolved from hardcore rock crawling and continuing our involvement just makes good economic sense. It’s also pretty nice having a chance to give back to those that helped build this company.

On a another note, we at PSC Motorsports would also like to announce that we have opened a new warehouse / distribution center in Fort Worth, TX and that we are evolving into a full Off Road Warehouse. We have set a goal to offer practically everything you would need to build and maintain your comp vehicle. So if you get a chance, check us out  www.pscmotorsports.com.  “I personally would like to thank W.E.ROCK for giving us this opportunity and those competitors that support us by using our product,” concluded Tom Allen. 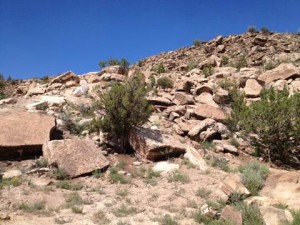 The W.E. Rock Grand Nationals sponsored by PSC Motorsports will be held in Cortez, Colorado a couple miles from the recent Dirt Riot event site, and minutes from Jimmy’s 4×4 location.  “We will be starting the Saturday competition at 2pm, an adjustment from our norm due to Ultra4 having to move their race date.  We want to make sure all the competitors that want to do both have the opportunity,” commented Rich.  Sunday’s competition will start at the usual 10am.  The competition will consist of the East competitors going up against the West competitors on 4 courses on Saturday and another 4 courses on Sunday with a final shootout.  Anyone is welcome to compete in the Unlimited, Pro Mod, Modified Stock and Sportsman Classes.  More information can be found at https://www.werocklive.com/events/w-e-rock-grand-nationals.

Drivers are required to send in $100 deposit for all PRO Teams Competing.  Deadline for entry is September 18th.  If they opt out of coming the money will be added to the event purse.  This will give us an excellent idea of who will be racing and give us a better opportunity to plan the event.  Be sure to check back often as we grow that commitment list.Drivers, Please Pre-Register: 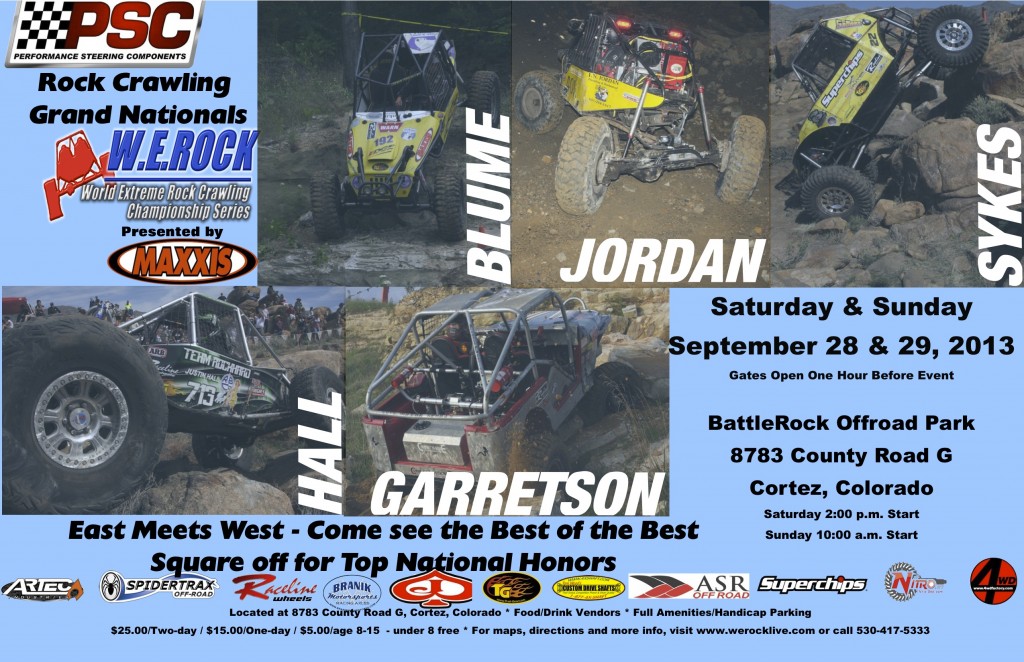