Skip to content
Previous Next
W.E.ROCK Returns to Miller Motorsports Park This Weekend 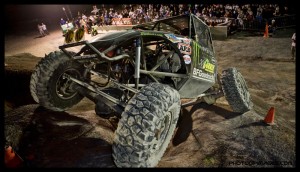 W.E.ROCK is comprised of four classes that will compete on Miller Motorsports Park’s unique seven-acre rock-crawling course. Drivers will compete for regional points, and the top crews will return to Miller Motorsports Park for the W.E.ROCK Grand National Championships on September 24-25, which pits the best of the Western Region against their counterparts from the Eastern Region.

W.E.ROCK was founded in 2005 by the founders of the California Rock Crawling Championship Series (CalROCS) after four seasons of regional and local competitions. The Idaho-based father-and-son team of Big and Lil’ Rich Klein have become the only promoters still organizing a national series for the sport of Rock Crawling. With Eastern and Western series consisting of four events each, a National Championship has been contested since 2005 combining the teams from both series to name an overall National Champion in each of the W.E.ROCK classes.

Competition will begin on both Saturday and Sunday at 10:00 a.m. and will conclude at approximately 4:00 p.m. on Saturday and 5:00 p.m. on Sunday. Tickets are priced at $15 per day for adults, and $25 for the weekend. Kids aged 12 and under will be admitted at no charge. Discount tickets are available at Teraflex and the 4-Wheel-Parts store in Salt Lake City. The Miller Kart Track will be open for kart rentals both days, and Miller Motorsports Park’s exciting new Zip Line will also be in operation.