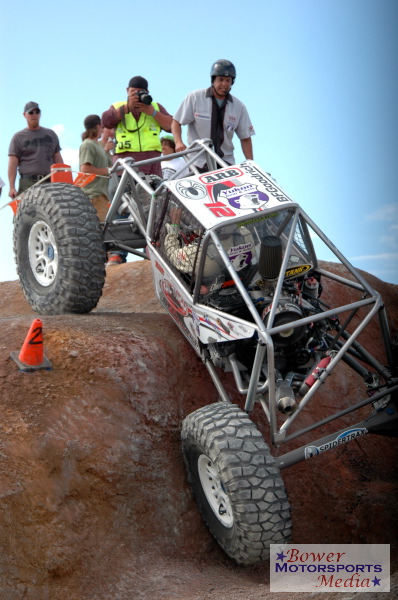 Tooele saw 5 Unlimited teams competing on the man-made courses at Miller Motorsports Park. For Robert McKenney and Andrew Paulson it was their first W.E.ROCK Event of 2011. Series Regular Matt Messer missed his first event in a couple of years, and Wayland Campbell showed up in the Campbell single seat Rock racer to practice for an upcoming rock race. This left series regulars Brent Bradshaw and Jesse Haines to battle it out for what could be the series championship.  Brent Bradshaw had won both the first 2 events and a win in at Miller Motorsports Park would all but seal the 2011 Unlimited Championship.

Brent and Spotter Chris Poblano started the weekend off with a -8 on course A-1 and continued to add to their lead all day Saturday, with only A-3 going to Jesse by 4 points. Sunday they started with a big swing and a 27 point difference over Jesse, which allowed them to cruise into the Shootout with a 59 point lead. Jesse posted a -18 in the shootout, giving the win to Brent without having to run the course. Brent and Chris, like true champions ran the course for the spectators, and although they did not complete the course, they walked away with a 5 point win.

Now all Bradshaw needs to do is show up to Donner for the Western Series finals and the 2011 Unlimited W.E.ROCK Championship Title will be theirs. The team of Andrew Paulson and Kevin Riemer finished in 3rd for their second podium finish in 2 years. 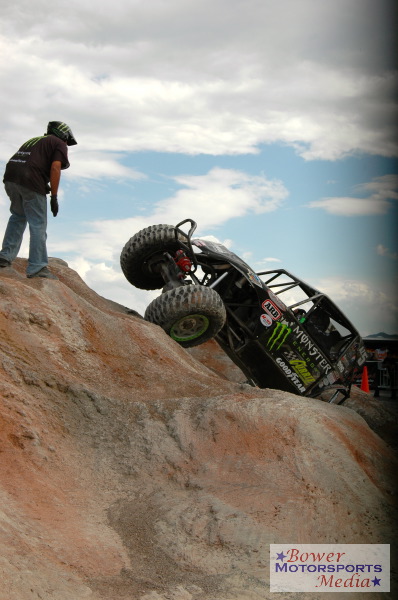 With 6 teams showing up to Miller everyone expected a good competition between the teams. After missing Oroville with a blown engine, Troy Bailey was looking for a good finish. In only his third event, Roger Norman pulled out a win at Oroville and was looking to repeat. Nick Campbell, last year’s W.E.ROCK Grand National Champion was looking to back up his 2011 season opener win in Tucson. Aaron Sykes and Spotter Ken Rose were looking for their first podium finish after having come close on a couple of occasions.  New comer Jason Feuilly and his spotter Cody Folsom came to their first event with a brand new car and Dan Patterson and Spotter Bob Roggy came to their second event of 2011 driving a temporary car.

After day one, Nick had a lead of 21 points over Troy Bailey, with Aaron Sykes following in third another 13 points behind Troy. Sunday saw the course take their toll with a lot of runs ending in time outs and important progression gate scores tallied. Going into the shootout with a 28 point lead things looked good for Nick Campbell, but Troy Bailey posted a 9 meaning that Nick had to complete the course.  Nick and his spotter Ryan Miller showed why they had the lead all weekend by posting a 10 and leaving in first place with a 27 point win. Troy Bailey finished in second and Aaron Sykes pulled in his first series podium finish in third. First timer Jason Feuilly had a good event and drove to a fourth place finish. 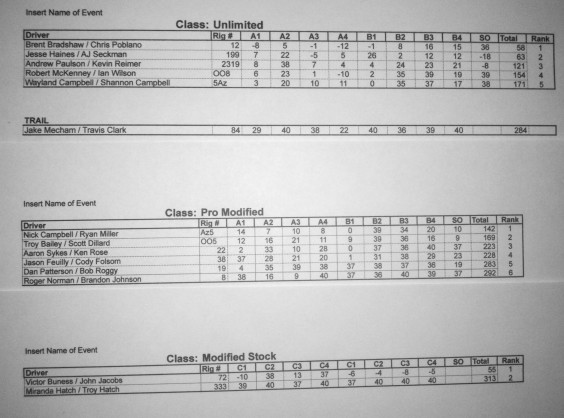