The Final round of the Western National Series is complete! 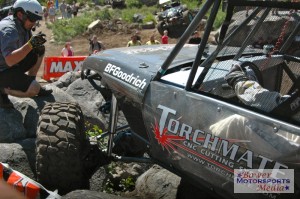 Under the beautiful blue sky of Donner Ski Ranch in the Sierra Nevadas just across the California border, the Western Rock Crawling Professionals gathered from multiple states to compete on the only natural rock course of the West Coast series. Notabily one of the favorite stops on the tour, the anticipation was high on not only who would win the event, but the winner would also determine the season winners.

Congratulations to Brent Bradshaw who swept the Unlimited Series, and Nick Campbell who won the Pro Mod Series! 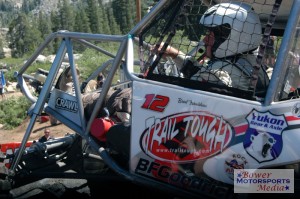 On Saturday, Brent Bradshaw and Jesse Haines didn’t let the crowd down by starting out with a show in the Unlimited Class.  Both have competed at Donner multiple times, so the experience was even, just a matter of the points.  At the end of Saturday, Jesse Haines was still within striking distance of Brent Bradshaw and local father son team of Justin Hall and Mark Hall were sitting behind in third just s few points ahead of father son team of Wayland and Shannon Campbell. 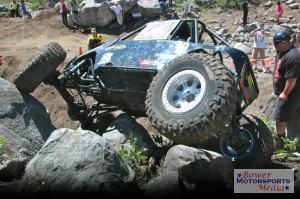 The Pro Modified Class had a much tighter battle for the National Championship and had quite a battle with each of the courses.  With the natural terrain, the course builders get the opportunity to create obstacles, but with each run those obstacles may change depending on the previous run.  There were very few negative scores on Saturday and a course that they were not able to complete, only work for progression points.  The A4 course only had two competitors complete it: Nick Campbell and Dan Patterson which put them into the respected first and second at the end of the day.

IN the Unlimited Class; Brent Bradshaw just needs to show up to win the Series, but Jesse Haines is determined to take the event win.

This is going to be a important weekend!!!!  For More on the Season Points CLICK HERE 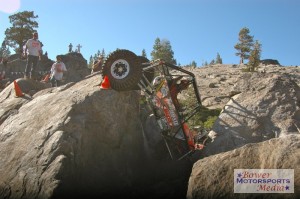 When the National Anthem was sung on Sunday, the American Flag was against another perfect blue sky.  The pressure was on the drivers, but the companionship to win was sportsmanlike.

The Unlimited Class has been a battle all year between Brent Bradshaw and Jesse Haines.  Haines knew that he hadn’t won the season, but was determined to win the event.  With every move and every bonus line he pushed Brent to perform.  Going into the shootout Haines was behind Bradshaw by only a few points which made Haines take the shootout course first.  In an amazing attempt at every single bonus line on the course, Jesse Haines and spotter AJ Sekman got caught in a ‘awkward situation’ with no out.  A show stopper and crowd pleaser for sure, but not for the win, leaving the door open for Brent Bradshaw.  With a good finish and a a solid performance in the shootout, Justin Hall took second place. 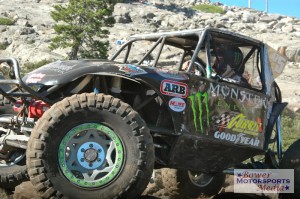 The Pro Modified class continued to be a battle all day with drivers swapping back and forth in the lead.  The B2 and B3 courses seemed impossible for the drivers to get their Pro Mod rigs through the obstacles, but Nick Campbell took a finishing score on B3 putting him into the lead with many points separating them from the competition.  As the shootout shaped up, Nick Campbell just had to finish to win, and the competition was for 2nd and 3rd.  With only ten points separating them, Dan Patterson and Bob Roggy took second with Troy Bailey and Frank Johnson in third.

We would like to especially thank Thomas from Spidertrax who has been at every event this season and is always on top of posting to his Twitter Page with constant updates:  http://twitter.com/#!/spidertrax

LIKE the WERock Facebook page to see updates throughout the day at each event, and feel free to TAG yourself and your friends!  www.facebook.com/werockevents